This is story is an important event in our family history, involving various ancestors who lived and died over 200 years ago in my grandfather's ancestral home of Verdal.    The story of a family event I am unlikely to ever forget.

Last week a fourth cousin of mine, Anne Gunn Stenstrøm brought something to my attention that I had never before noticed. "Did you ever notice that your great x5 grandfather Peder Rasmussen Garnes, your great x4 grandmother Kjersti Pedersdatter Garnes and two of her brothers all died the same day, July 30, 1806?" I had not. "Did you know the story of how they died?" I did not.

The GARNESMORDET or GARNES MURDER is an event that I am sure most every citizen of Verdal knows or has heard about. I began to do some internet sleuthing and found articles written about the event. Some parts of the story are factual, some have now become colorful Verdal folklore, where even a play has been written about it. I had the good fortune in contacting the author of some of the articles, Kjetil Dillan**, and another gentleman, Ole Morten Larssen*. They both in photos, stories and verse are working to maintain the history and culture of this most beautiful part of Norway; Verdal.

Between truth and folklore and my almost non-existant knowledge of the Norwegian language I hope that with the assistance of Anne Gunn, Kjetil, Ole Morten and of course "Google Translate" I have presented a fairly good English version of the horrific and brutal events of the night of July 30, 1806.

Peder Rasmussen Garnes was the head of a respected and properous farm, Garnes. He felt his daughter Kjersti was worthy of a good man of higher stature than Ole Larsen Skavhaug. Ole, whose family was poor, was well known around the parts as a tall, handsome, strong and fierce young man. It was said that he killed a bear while only 16 and now worked as a skiing soldier. Peder felt him to be too rough and unworthy of his daughter Kjersti. Kjersti, it would seem did not agree. On May 4, 1806 she bore a daughter named Anne. The baby was classified illegitimate but when baptised  on May 18 her father was named as skier Ole Larsen Skavhaug.


It was well known that on July 29, 1806 Ole supposedly visited the Garnes farm to plead with Peder for the hand of his daughter Kjersti. The visit did not go well. Ole left  in anger saying he would never return.

Norwegian farmers did not usually lock their doors at night and there was no dog at the Garnes farm. A dog may have given the family a warning that two evil intruders were coming under the cover of darkness with robbery and ultimately murder on their minds.

The younger intruder stood outdoors as a lookout. The older crept into the house, into the bedroom where Peder lay sleeping with his youngest son, ten year old Lars. With a large rock he hit Peder soundly in the head. Stunned, Peder fell across his son Lars. Lars, struggling to be free of his father's heavy body on top of him, was also knocked unconscious. The thief began to forage about the room for valuables and then noticed Peder, struggling to rise and fight the intruder. The intruder, armed with a knife, forcefully slit his throat. The same cruel cut was given to the unconscious Lars. They both died in their bed. The older intruder then went outside and commanded the younger into the living area where Kjersti slept with her newborn daughter in the cradle nearby. Kjersti had awakened (most likely from the commotion) and was beginning to rise.   The intruder hit her over the head twice which most likely ended her life at that point but he proceeded in "a blood rush" to stab her over and over again through the chest and breast so "the mother's milk and blood ran together" over her naked body. At the same time the older intruder ran quickly upstairs where Peders sons, Rasmus, 19 and Ole, 15 were likely waking to the noise. The older intruder struck them in their heads with stone. The younger followed up the stairs to assist by stabbing Ole twice. The older, grabbing the knife from the younger repeatedly stabbed Rasmus, killing him. Assuming both brothers were dead they proceeded to ransack the house, stealing food, valuables and even clothes. Upstairs, Ole regained consciousness and hearing the intruders downstairs rolled off the bed and hid himself behind a wall. Hearing that perhaps someone still lived upstairs the two intruders ran up the stairs and in the dark searched for Ole thrusting around the room a weapon, a fire iron perhaps? In the dark and with time passing they gave up looking for Ole and continued to overturn drawers and break through walls, finding additional valuables, cash and clothing. They then fled wearing some Garnes clothing abandoning their blood soaked clothes in the valley below.

Ole later reported that he hid about an hour hearing the intruders robbing the house and dared not leave his place of hiding for yet another hour. He then wandered downstairs, grievously wounded with both stab wounds and head wounds. He stumbled to the babies cradle and took the crying Anne into his arms, rocking her back asleep as her mother lay brutally murdered. He then reports he went into his father's bedroom and seeing his dead father and brother wandered back to his own bed, in delirium, close to death.

An older woman, also living on the farm Garnes, came about 4am to tell Peder she was heading to town.  Entering the quiet house she saw the mutilated body of Kjersti laying in the bed. She left the house screaming which aroused the locals. Ole Larsen Skavhaug, standing over the mutilated body of his love Kjersti, vowed to bring the murderers to justice or never return.

A few of the locals put the suspicion on Kjersti's love, Ole Larsen Skavhaug. Ole was known as a rough and tough young man and the marital dispute between he and Peder Rasmussen was common knowledge. It was soon obvious that the perpetrators of this horrendous  crime were two known Swedes who were seen in the immediate area the day before the murders. Ole Bergmann, a 39 year old tailor and sometimes silversmith often did business in Norway where the pay was good and their work was needed. He would stay in the homes of those he worked for and it was said he used that opportunity to see what he could steal upon leaving. He was a known thief in both Sweden and Norway and witnesses heard him threaten those he had stole from with death. The year of 1805 he had hooked up with a younger man, 24 years old, Niels Toldsteen.  Niels, who had great promise in his youth originally studied for the priesthood but found liquor, women and easy money more to his liking.

Ole Skavhaug, good to his word, pursued the murderers well into Sweden barely stopping for rest or nourishment until, with the help of Swedish authorities, they were captured and brought to Trondheim to stand trial. They were found in possession of articles from Garnes.  Under torture on the wheel they confessed to their crimes in detail. 1807, May 20th, 8:00am Niels Toldsteen and Ole Bergmann were executed, beheaded on the scaffold I believe, with the full approval of the Danish/Norwegian King Christian. Below is the declaration of their execution. 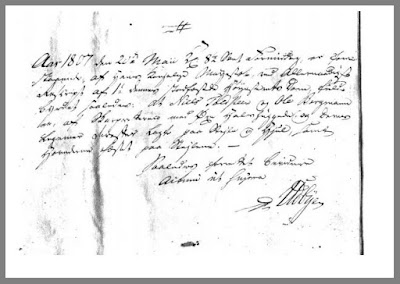 Ole Larsen Skavhaug became somewhat of a local hero for the capture of the Garnes murderers. He was a tall and handsome man who later proved himself to be a brave and courageous military man. He distinguished himself in battle. His story and fame were told in local writings and even a play was written about him. Much of his story may well be embellished and the line between truth and folklore is blurry some 200 years later. 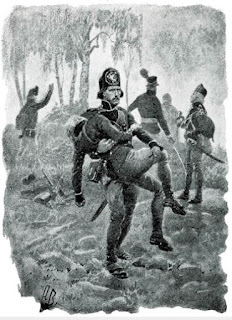 And Kjersti and Ole's little baby girl Anne, who survived the slaughter of her family? Her father Ole Larsen  Skavhaug, shortly after the trial and execution, went before a judge to claim his daughter as his own. Anne's 16 year old uncle Ole Pedersen, now the owner of the farm Garnes, was hardly able to care for an infant and it is believed that little Anne lived with her father's sister, Gertrude Larsdatter. Gertrude had a child of her own close to Anne's age. Both girls were confirmed together in the church in Vuku.

The story of the GARNESMORDET is part of our family history,
the tiny little survivor in the cradle was to be..... 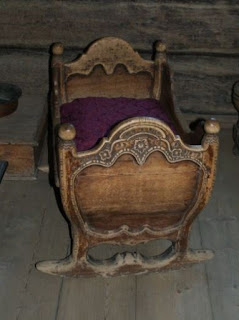 My greatest thanks to Anne Gunn Stenstrøm, Ole Morten Larsen and Kjetil Dillan, 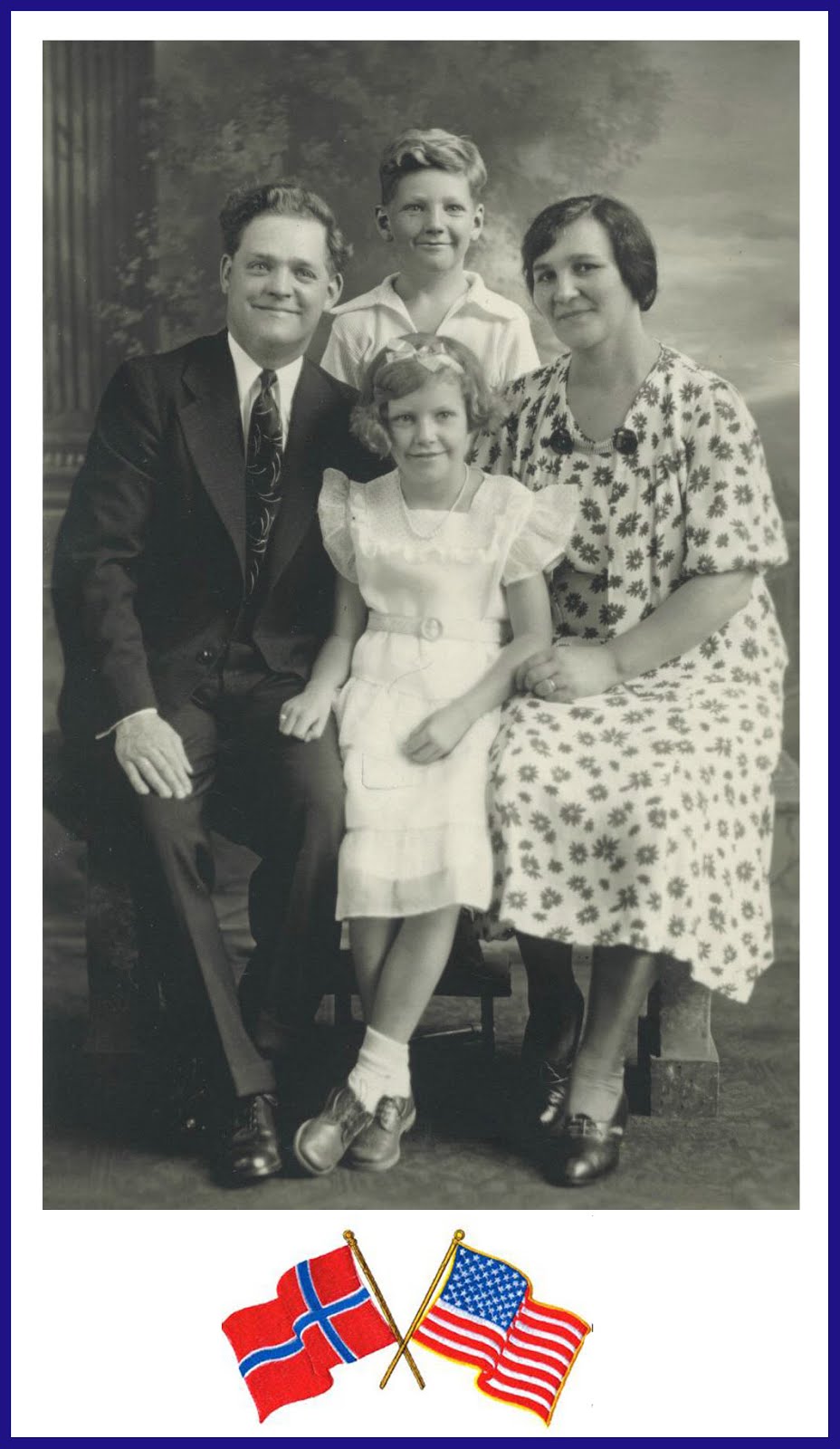